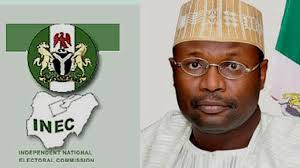 The Indepedent National Electoral Commission, (INEC) has extended deadline for the collection of Permanent Voters Cards by eligible registrants.

According to a statement released to newsmen last night by Festus Okoye, National Commissioner & Chairman Information and Voter Education Committee, the exercise expected to be concluded on Sunday 22nd January 2023 has been extended by one week and would  continue until Sunday 29th January 2023.

The Commission in the statement  said it ‘is encouraged by the turnout of registered voters and the surge in the number of collected PVCs across the country. “

INEC which admitted rife allegation of extortion of prospective voters anxious to pick their PVCs disclosed that it has commenced its investigation and vowed that those found culpable would be brought to book.

Okoye equally admitted allegations of discriminatory issuance of PVCs in some locations and assured Nigerians that Resident Electoral Commissioners (RECs) have been directed to ensure that no such practices occur nationwide and take immediate disciplinary action against violators.

The statement read in part:” At its regular meeting held today, Thursday 12th January 2023, the Commission deliberated on a number of issues, including the ongoing collection of Permanent Voters Cards (PVCs) nationwide.