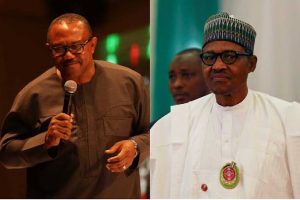 The Labour Party presidential candidate, Peter Obi, has said that if elected Nigeria’s president in the forthcoming election, he would swing into action and not complain about past administrations.

Obi said this on Tuesday during his campaign tour to Onitsha, Anambra State.

The LP candidate who received a rousing welcome in his home state said his government will focus on tackling the multi-faceted problems caused by his predecessors.

Recall that the Muhammadu Buhari administration gained notoriety for blaming previous governments for the economic and security problems in the country.

However, the former Anambra governor stated that it is not the job of a leader to complain but to find solutions.

He said, “when I came into government in Anambra state, I started from where Governor Chris Ngige stopped because I believe that government is a continuity. I never complained about what my predecessor did.

“My government did not complain. The work of a leader is not to complain, it is to find solution. We are telling you we are not going to complain. We are not going to remind you of your past, we are going to remind you of your future, and we are going to give you a great future,” said the Anambra-born politician who promised to restore the lost glory of Onitsha as a trading hub in Africa, noting that Anambra is a manufacturing state.

“Those eras will come back again. When I was a governor, I brought so many industries. I built industrial estate, I supported INNOSON motors amongst others. When I become president, I will do it in Kaduna, Kano, Lagos, Kogi and all over the nation.

“I will build factories in the East and the ports in Port- Harcourt and Warri will be put to use again. I will open up a road from Anambra to Abuja that will make the trip for just three hours,” he said.

The LP candidate also vowed to find a lasting solution to insecurity in the country, especially in the South-East region.

“We will make sure that we negotiate, discuss, beg, and cajole people. We will beg everyone but if they refuse to hear, we will tell them that we are in government. But there will be peace,” he said.