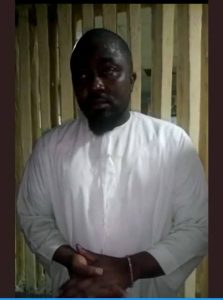 Nigerian hip-hop recording artist, Ice Prince Zamani has been arrested for abduction and assaulting a Police officer and set to be arraigned today, September 2.

This was made known by Benjamin Hundeyin, a Nigerian police superintendent and the incumbent Public Relations Officer of the Lagos State Police Command.

Taking to his Twitter platform, Hundeyin revealed how and when the veteran rapper was arrested.

He wrote: “At 3am today,
@Iceprincezamani
was stopped for driving without license plates. He agreed to be taken to the station. He, thereafter, abducted the police officer in his car, assaulted him and threatened to throw him in the river. He has been arrested and would be arraigned today.
Rapper Ice Prince arrested for driving without license plate and abducting a police officer. He would be arraigned today.”

Recall that actor Yul Edochie had said that he has never been harassed by any Nigerian police officer.

The controversial filmmaker made this known via his Twitter platform where he noted that humility is the secret to having a successful road trip without any form of harassment from men in uniform.

He wrote: “I do road trips a lot, I’ve met so many policemen on the road & they’ve never harassed me before. The secret is humility.
All that ‘don’t you know me’ attitude, keep it aside.You’re a citizen just like everyone else.
Once you humble yourself na policemen go hail you pass.”