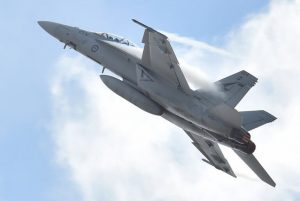 The military has unleashed an offensive operation against terrorists, killing an unspecified number of men loyal to Bello Turji in Zamfara State.

The development, led by the troops of Operation Forest Sanity in two Nigerian Air Force fighter jets, reportedly witnessed a rain of missiles in the Fakai area of the state.

The area is believed to be the residence of the notorious bandit, Turji, PR Nigeria reports.

The operation, described as a surprise raid by sources who spoke to the medium is part of the military counter-offensive operation currently going on in Shinkafi axis.

The military in the last two weeks has intensified offensive operations against terrorists and bandits in the Northern region of the country, which has led to the death of many commanders and foot soldiers of terror groups.