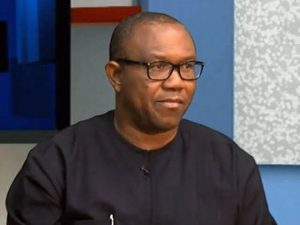 The presidential candidate of the Labour Party, Peter Obi escaped assassination today at his rally in Ibadan if the claims of his followers are anything to go by.

His close allies have made it known that they caught a man who was waiting on the path Peter Obi was to pass through to gain access into the rally venue.

They revealed that the man was caught with a dagger but disguised like an innocent person by dressing in suit.

According to their claims, He was waiting to carry out an attack on Peter Obi before he was caught.