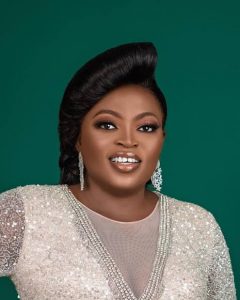 Lagos State gubernatorial candidate of the Peoples Democratic Party (PDP) in the 2023 general elections, Olajide Adediran, has once again given reasons for choosing Nollywood actress, Funke Akindele, as running mate.

Adediran said that Akindele is an astute and accomplished entrepreneur, who is thriving in an industry where many of her predecessors, contemporaries and successors have failed.

“While many may see the debate about my decision to invite Funke Akindele to run alongside me for the 2023 Lagos elections as a distraction, I see it as proof that the Lagos elite are finally waking up to the responsibility they have to make their influence felt in how Lagos state is governed.

“I have no doubts about my decision, and no reservations about responding to genuine discourse about our campaign & how Funke fits into my vision for Lagos state.

“Funke Akindele is an astute and accomplished entrepreneur, thriving in an industry where many of predecessors, contemporaries and successors have failed.

“She has built a loyal audience who drawn to her humanity and holds the record for the highest grossing film project in the country. She employs more than 100 employees across her organisations and has used her platform to empower thousands more.

“Even her newest project is excelling at the box office despite Funke taking time off to actively participate in our 245 ward Lagos campaign tour,” Adediran said via his Twitter handle @officialjandor on Tuesday.

According to the PDP guber candidate, the Nollywood actress has built a loyal audience. And as an entrepreneur, has over 100 employees in her employment.

Adediran reiterated that Akindele in the last 30 years, has proven herself as an entrepreneur, public personality, business leader and steward.

“Funke is a leader who has proven herself across three decades and is yet to reach her peak as an entrepreneur, public personality, business leader and steward.

Adediran has been criticized on many fronts for choosing Akindele as running mate. Appearing on a TV show in September, a PDP chieftain, Olabode George, had accused Adediran of breaching an agreement on running-mate selection.

George said that the agreement was for Adediran to make Gbadebo Rhodes-Vivour his running mate, adding that the decision of the PDP guber candidate to pick the actress was the reason Rhodes-Vivour had to join the Labour Party as its standard bearer for the Lagos governorship election.

The All Progressives Congress (APC) spokesperson in the state, Seye Olade, had in a statement in July also criticised the decision of Adediran to pick Akindele as running mate, saying that it “amounts to trivialising the importance of the forthcoming gubernatorial elections by given neophytes who have absolutely nothing to bring to the table [than] their electoral tickets.”

Similarly, the presidential candidate of APC in the 2023 general elections, Bola Tinubu, had in November told his supporters that it was disrespectful to mention Akindele’s name in his presence.

However, Adediran punctured these criticisms stating that, “Most importantly, she can run for office because she is truly self-made and no godfather or nepotistic patron can take credit for her success.”