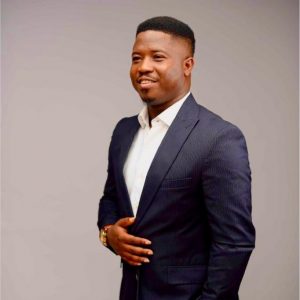 Some members of Celestial Church of Christ, Sharon Parish, and a security man simply identified as Rotimi, have assaulted Deji Lambo, a reporter with Punch Newspaper, on the church premises.

Lambo had gone to the parish located on Mobolaji Benson Street, Lowa, Igbooluwo, in the Ikorodu area of Lagos State, to probe the death of Taiwo Akinlotan, an electrician, in the church.

According to Punch, Taiwo Akinlotan got electrocuted while fixing some electrical appliances in the church on November 5.

Lambo met a few members of the parish and spoke with Adeleke Oduwole, the chairman of the church. He informed Oduwole that he wanted to get information on the events that led to Akinlotan’s death from a spokesperson of the parish.

Oduwole informed Lambo that some church members were with Akinlotan’s family members at the Ikorodu General Hospital to collect his body for burial.

Akin Adesanya, the spokesman of the parish, called Lambo afterwards and told him that Akinlotan’s family denied asking Punch Newspaper to report the electrocution. Adesanya also told Lambo that police officers were on their way to the parish to arrest him.

Lambo said that it was after the phone call with Adesanya that about 30 church members “pinned him down, seized his phones and demanded his means of identification”. He provided his identity card but the members took it and Rotimi slapped him.

The church members interrogated Lambo on his mission and alleged that he planned to destroy the church’s image, Punch reported.

Iya Ibeji, one of the church members, used her mobile phones to film the assault on Lambo.

The spokesman rescued Lambo from the mob of worshippers after he arrived at the parish.

“It is never in our character to take laws into our hands. The unfortunate incident negates everything we preach. The security officer in question has been relieved of his role immediately and handed over to the police for further questioning,” Adesanya would later tell Punch.

“The two parishioners that took out their mobile phones to record the incident have also been reprimanded. Upon going through their phones, we are happy to inform you that there was no recording of any sort found in them; one took pictures and the pictures were immediately deleted.”

Tensions have been rising within the church after FIJ’s ‘Prophets of their Pockets’ undercover series exposed corruption within the CCC and four other religious institutions in Nigeria.