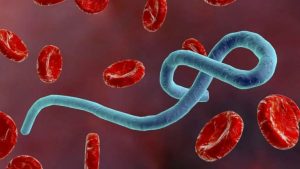 Uganda has declared the end of the Ebola disease outbreak caused by Sudan ebolavirus, less than four months after the first case was confirmed in the country’s central Mubende district on 20 September 2022.

“While we expanded our efforts to put a strong response in place across the nine affected districts, the magic bullet has been our communities who understood the importance of doing what was needed to end the outbreak, and took action.”

It was the country’s first Sudan ebolavirus outbreak in a decade and its fifth overall for this kind of Ebola. In total there were 164 cases (142 confirmed and 22 probable), 55 confirmed deaths and 87 recovered patients. More than 4000 people who came in contact with confirmed cases were followed up and their health monitored for 21 days.

Overall, the case-fatality ratio was 47 percent. The last patient was released from care on 30 November when the 42-day countdown to the end of the outbreak began.

Director-General of the World Health Organization (WHO). Dr Tedros Adhanom Ghebreyesus, said, “ Uganda has shown that Ebola can be defeated when the whole system works together, from having an alert system in place, to finding and caring for people affected and their contacts, to gaining the full participation of affected communities in the response.

“Lessons learned and the systems put in place for this outbreak will protect Ugandans and others in the years ahead.”

The WHO Regional Director for Africa, Dr Matshidiso Moeti, said, “With no vaccines and therapeutics, this was one of the most challenging Ebola outbreaks in the past five years, but Uganda stayed the course and continuously fine-tuned its response.

“Two months ago, it looked as if Ebola would cast a dark shadow over the country well into 2023, as the outbreak reached major cities such as Kampala and Jinja, but this win starts off the year on a note of great hope for Africa.”

Soon after Uganda declared the Sudan ebolavirus outbreak, WHO worked with a large range of partners, including vaccines developers, researchers, donors and the Ugandan health authorities to identify candidate therapeutics and vaccines for inclusion in trials.

Three candidate vaccines were identified and over 5000 doses of these arrived in the country with the first batch on 8 December and the last two on 17 December. The speed of this collaboration marks a milestone in the global capacity to respond to rapidly evolving outbreaks and prevent them from becoming larger.

“While these candidate vaccines were not used during this outbreak, they remain the contribution of Uganda and partners to the fight against Ebola. The next time the Sudan ebolavirus strikes we can reignite the robust cooperation between developers, donors and health authorities and dispatch the candidate vaccines,” said Dr Yonas Tegegn Woldemariam, WHO Representative in Uganda.

Although the outbreak in Uganda has been declared over, health authorities are maintaining surveillance and are ready to respond quickly to any flare-ups. A follow-up programme has been put in place to support survivors. Neighbouring countries remain on alert and are encouraged to continue strengthening their capacities to detect and respond to infectious disease outbreaks.