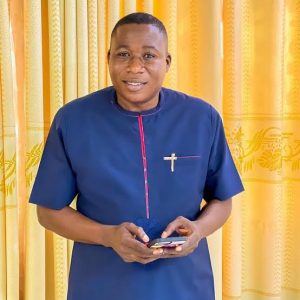 Yoruba Nation agitator, Sunday Igboho may be unable to come to Nigeria for now because he has been confined in Benin Republic but we have it on good record that He is living larger than he was before his arrest at Benin Republic airport.

Many may sympathize with him but this publication understands that his arrest was nothing but a huge blessing in disguise; little wonder he isn’t making plans to return home other than making statements that he will soon return to the country to actualize Yoruba Nation.

According to our sources, Sunday Igboho is currently under the payroll of Benin Republic president, Patrice Talon who is taking care of him and other Yoruba leaders who are with him in the country. Our source also revealed that they are living in a very exotic mansion, courtesy of President Patrice Talon.

The question now is why is the president taking care of Sunday Igboho so much? Well, our sources have also informed us that Sunday Igboho is being used by the president against the Yorubas living in Benin Republic. Over time, the security operatives in Benin Republic have found it difficult to arrest and attack the Yorubas because they are in possession of potent charms that has made them untouchable. We were also informed that security operatives end up losing their lives whenever they try to fight the Yorubas.

This has caused headache for President Talon and this is the reason behind the employment of Sunday Igboho who also possesses potent charms to fight his enemies. This has been displayed countless times when he was in Nigeria.

As it stands now, Sunday Igboho is protecting the security operatives against the Yorubas with his charms in Benin Republic, according to our sources.