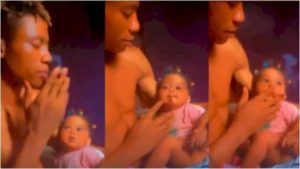 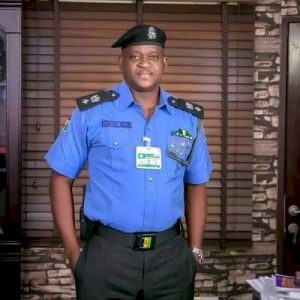 A video of a young man, yet-to-be-identified smoking with a toddler went viral earlier this morning which has caused an uproar on social media. The video was recorded by a lady who was heard giggling in the background.

The spokesperson of the Nigerian Police Force, Prince Olumuyiwa Adejobi in a tweet on Tuesday, January 10 said the police need more information about the culprit in the video.

“Every one of us can see this again. How did he get the baby? His son? Or niece or cousin? Whatever it is, mothers must learn from this, do not entrust ur baby to the wrong hands. Not everyone can babysit or take care of ur baby for u. We need more info about him.

“He must be caused to face the wrath of the law. This is too bad. But above all, mothers must learn from this. Ire o.”