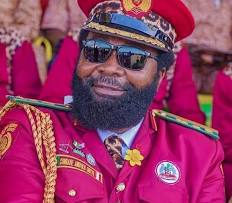 “As a man of conscience and the eternal grace of Almighty Allah, I give thanks to God for giving me the strength to carry the responsibility of the agency from day one of my appointment as pioneer Director General and the first head of Amotekun in Osun State.

“Let it be on record that I served my state courageously, impartially, and diligently, despite operational challenges thrown up by the enemy within the top hierarchy of the Corp due to military intrigues, vainglory and egoism, I never give an excuse and I know posterity will be kind to our contribution.”

He applauded Oyetola for appointing him and also commended Osun Speaker and security agencies for contributing to successes he recorded during his service.

“As a man of record, attached with this letter of resignation are selected cases and operations executed by the Corps under my leadership. Furthermore all properties, including operational vehicles in my custody is hereby Annexure and attached to this letter and shall be handed over to the Board Chairman of Amotekun, Brigadier General Ademola Aderibigbe (Rtd).”