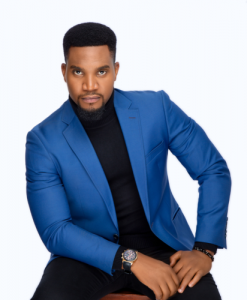 Kunle Remi: How a top entertainer tried to make me his gay partner

Kunle Remi, the Nollywood actor, has recalled his encounter with a “top” entertainer who attempted to make him his gay partner.
In an interview on OAP Nedu’s ‘Honest Bunch’ podcast, the actor said the entertainer, whose identity was not revealed, promised to make him popular and wealthy.
Remi disclosed that the incident occurred in 2009 after he failed to make the shortlist for the Gulder Ultimate Search.
The film star said the entertainer had bragged about his “connections,” adding that “I was not selected for the reality show because I’ve not paid my dues”.
“I won’t lie to you. I got approached by fruity. Not once not twice. Not thrice,” he said.
“Before I got into the industry, the first time I went to the Ultimate Search. I got denied. The second time, my friend at the University of Ibadan (then I was in UI) said there is this one of his friends, he’s an entertainer he’ll guide you.
“And then I travelled a distance to somewhere around Iyana-Ipaja. Never been there. I was from Ibadan. I had a friend on this side. I got to his place. The guy looks at me. He sizes me up and says come in. I didn’t feel anything about him.
“This is in the spirit of networking and meeting people. When I got there the n***a starts to call out names and starts to talk that why do I think they didn’t select me for Ultimate Search. That is because I’ve not paid my dues. This  n***a sells the whole ‘fruitish’ thing to me in a big way that I was ‘awe’.
“I don’t know what this fruitish thing is about. He went up and later came downstairs with a candle and a jar of oil and tells me to put the candle in the oil as a lubricant and make it through that after he would now come, check it and from there he will now connect me… my first month I will drive a Benz.”
The ‘Anikulapo’ actor would later win the 7th edition of Gulder Ultimate Search in 2010.