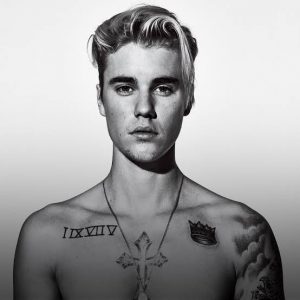 Popular American musician, Justin Bieber, has sold the rights to his entire music catalogue for over $200 million.

The deal includes Bieber’s shares of both his publishing and recorded music catalogue, which comprises over 290 titles released before December 31, 2021, reports Variety.

This means that while his songs will continue to be administered by his longtime record label, Universal Music, Bieber has now sold his interest in his publishing copyrights (including the writer’s share of performance), master recordings and neighbouring rights for his entire back catalogue.

Bieber’s catalogue was acquired by Hipgnosis Songs Capital, a British music intellectual property investment and song management company founded by Merck Mercuriadis and Nile Rodgers in 2018. As of 2021, the company had a revenue of $138.4 million.

The company is focused on songs and associated musical intellectual property rights. It operates with the belief that successful songs are long-term predictable assets unaffected by economic cycles that will increase in value as the worldwide music streaming market grows.

CEO of Hipgnosis Song Management, Merck Mercuriadis, described the impact of Bieber on global culture over the last 14 years of his career as remarkable.

“The impact of Justin Bieber on global culture over the last 14 years has truly been remarkable. This acquisition ranks among the biggest deals ever made for an artist under the age of 70, such is the power of this incredible catalog that has almost 82 million monthly listeners and over 30 billion streams on Spotify alone.

“Scooter Braun has helped him build a magnificent catalog, and it’s a pleasure to welcome Justin and his incredible songs and recordings to the Hipgnosis family,” he said.